This special BETA is for those who want to try out some very experimental stuff, hence the X!
V12.3X features the Coaching Carousel mod we've been trying to work on for a while now, but it's not ready for prime time because of a few limitations.
YOU MUST UNDERSTAND THESE LIMITATIONS OTHERWISE, YOUR DYNASTY WILL REQUIRE DB EDITING TO UNLOCK. 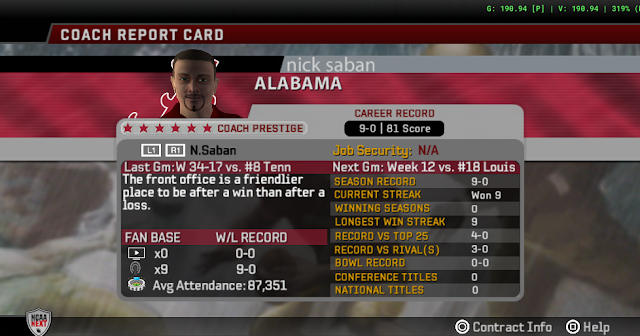 The Coaching Carousel mod lets users view every CPU coach, and includes stat tracking of all CPU coaches as if they were user coaches. You can view their Coaching Profile cards, and best of all, YOU CAN FIRE THEM!
Once you fire the coach, the game automatically hires a new coach from the free agency pool of coaches built-in to the game. To help aid and determine which coach to fire, we added a display of every coaches' rating, which is updated each week. Its the same rating system the user coach has to watch out for before they get fired in the game. We made this accessible despite not using contracts enabled. (DO NOT USE CONTRACTS!)

To fire a coach, go to the COACH menu in Dynasty main menu. Then click POSITIONS. From there, you can scroll down the list to view the Coaches. Press the corresponding button to "QUIT" shown at the bottom of the screen, to QUIT THE JOB. This Quitting action corresponds to Firing the coach, since we gave you access as the coach themself! 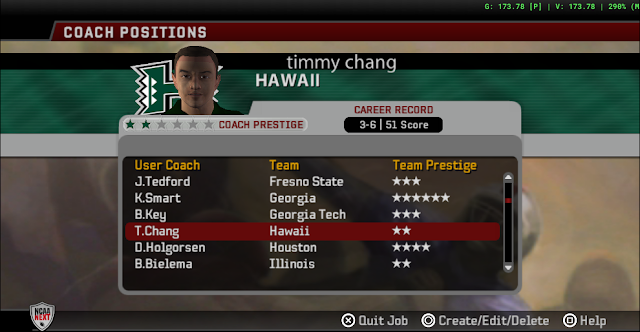 All of these things can, of course, be modified using DB Editor, but I will not explain how here.

The BETA zip for this ONLY includes the SLUS_212.14 file in it. Create the NCAA NEXT V12.3 ISO mod as you normally would, except replace this modified beta version of the SLUS_212.14 file instead of the one that comes with the mod. Then use IMG BURN as normal.
It is expected that you already know how installation works already. Full guide is in the Set-Up page of the website.
Discord Download Link
Home
Subscribe to: Posts (Atom)