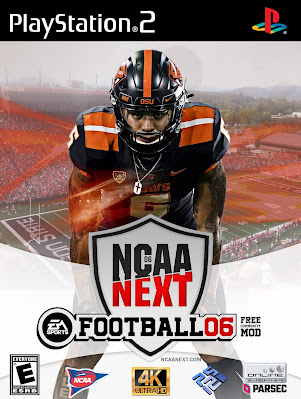 Happy Holidays! A few fixes and feature upgrades to the mod. 2022 has been a very fruitful year in NCAA Football modding for this team. We started this project with just a couple people, even before I fully committed to the team, building on work that several of us had worked on for years, but in a more cohesive and one-goal minded cooperation. We went from just a textures only mod, with dynasty save mods, to blowing the game wide open with all the features we've added to the game -- both graphically, database, and game algorithm wise to give this old game a fresh modern look and feel. We're very happy where this has gone and where it's heading!

This Update addresses and adds the following:

First off, RIP Mike Leach, one of the great offensive innovators of the game and the best pirate to ever coach the game.

If you have not heard already, the previous patch included a major overhaul to the transfer portal, allowing hundreds of transfers to occur each off-season. This is a small update to open up some of the criteria even more, but it's impact is a minimal step from the prior patch.

Conference Championships for EVERY Conference with and without Divisions! (jdhalfrack/antdroid)

When the NCAA announced earlier in 2022 that divisions were no longer required for conferences of 12 or more, but still retain conference championship games, and the PAC-12 adopted this rule, along with the ACC, we knew it was time to start digging. After months of trying to piece this one together, we are bringing this new mod to play. Unlike previous mods where we modified existing data and "hex mips code", this specific mod was created by ADDING new lines of code in unused space within the game image. This is breaking new territory of what is possible for this game, and we're excited to bring this one out for all to try!

Many teams have discontinued the use of pride stickers over the years. We disabled the pride stickers using a special in-house tool for the following teams:

Adding Conference Championship Games to Existing Saves for NEXT 12.3+

Will the new version work with my existing dynasty saves? Check here:

This version is only available via Discord

More Mods and Fun in our DIY section!